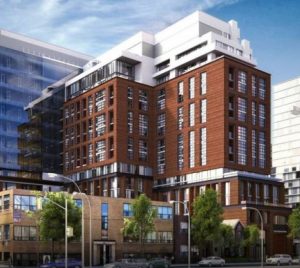 More than 1,000 planned purpose-built rental units have instead been converted to condominiums in the Greater Toronto Area since Premier Kathleen Wynne’s government expanded rent control in the spring, according to a new report that warns the region’s rental supply crisis is poised to worsen.

The report, which is to be released on Monday and was obtained by The Globe and Mail, says that already-low vacancy rates will plunge further unless the government enacts policies that encourage developers to build an average of at least 6,250 additional new apartment units a year for the next decade in Ontario.

“We need more supply,” said Jim Murphy, president of the Federation of Rental-housing Providers of Ontario (FRPO), which commissioned the study. “When the government brings in policies that sort of act as a deterrent or, at best, just get people thinking about putting things on hold pending the election, that’s not good.”