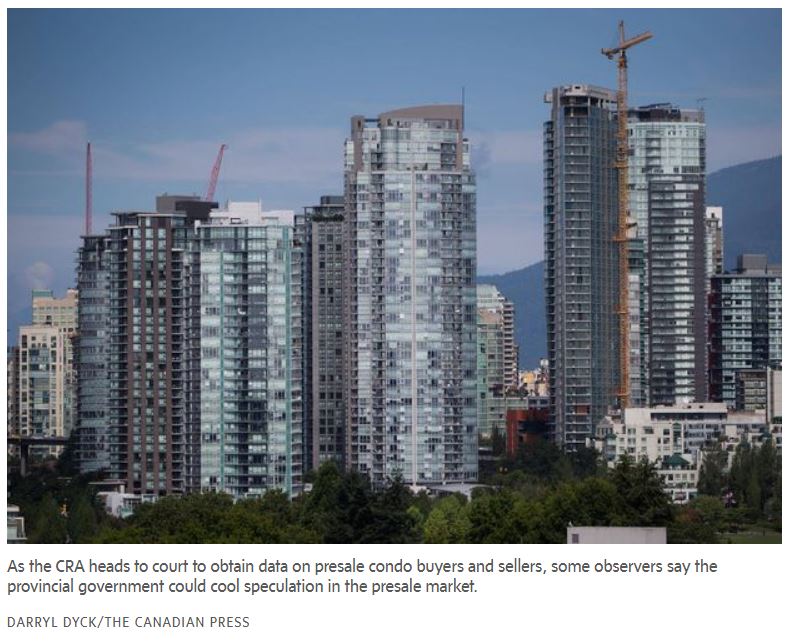 A Federal Court judge has approved at least one court order that will require a British Columbia developer to turn over information to tax officials about people who bought and flipped condo units before or during construction.

And several similar applications are under way, reflecting the federal government’s efforts to crack down on potential tax cheating in the presale market.

A July 25 Federal Court order requires the developers of the Residences at West, a Vancouver condo project at 1738 Manitoba St., to provide the Canada Revenue Agency (CRA) with documents related to presale flips, also known as assignments, in the building, including proof of payments and correspondence between the developers and people who buy the assignments.

That order followed a June 29 application from the federal government.

In September, the Minister of National Revenue applied for court orders related to One Pacific, a Concord Pacific project, and Telus Gardens, a downtown project developed by Westbank Corp.

Both developers said they would comply with the request for documents.

“Customer information is protected by privacy laws and is not at the developer’s liberty to disclose unless ordered by the Court,” Matt Meehan, senior vice-president of planning at Concord Pacific Developments Inc., said in an e-mail.

“To protect our customers’ information and ensure any release will be compliant with the law, we have asked CRA to obtain a court order, which we will adhere to.”