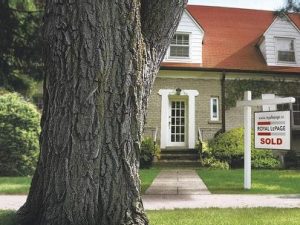 The Toronto Real Estate Board said Wednesday the average price for all home types in the Greater Toronto Area last month was $732,292, down 1.8 per cent from July and 20.3 per cent below April’s GTA average of $919,086.

The Ontario government introduced more than a dozen measures in April — including a 15 per cent tax on foreign buyers — following a price spike in the first months of the year, which started with an $768,301 average GTA price in January.

Sales in the Toronto area have cooled since the Ontario government’s move and August sales continued that trend with a 34.8 per cent plunge from the same month last year.