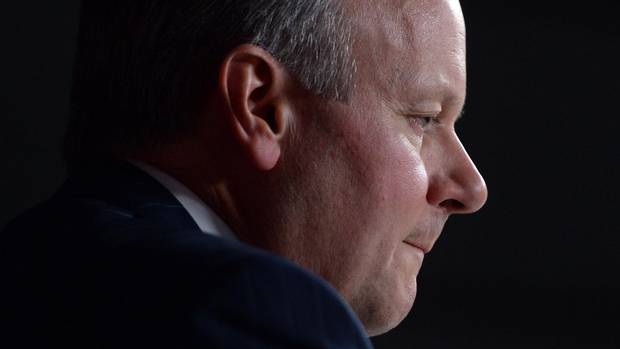 Bank of Canada Governor Stephen Poloz holds a new conference at the National Press Theatre in Ottawa on Wednesday, April 13, 2016.

The Bank of Canada is hiking its key interest rate for the first time in seven years,  joining the U.S. Federal Reserve in starting the process of undoing nearly a decade of easy money.

The bank raised its overnight lending rate to 0.75 per cent from 0.5 per cent Wednesday, citing “bolstered” confidence that the Canadian economy has finally turned the corner after years of sputtering growth.

“Growth is broadening across industries and regions and therefore becoming more sustainable,” the bank said in a statement.

“The current outlook warrants [Wednesday’s] withdrawal of some of the monetary stimulus in the economy.”
Meanwhile, the bank dismissed the recent fall in inflation as mainly temporary, dragged down by lower gasoline prices, electricity rebates in Ontario, intense food price competition and unexpectedly weak car prices.