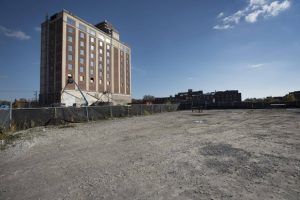 With a sigh and hesitant pause, Jason Paris confides that in retrospect he wishes he’d done more research before putting down a deposit on the now-defunct Museum FLTS condominium project in Toronto’s trendy Junction Triangle area.

The 43-year-old television production manager is one of hundreds of would-be homeowners who recently had their money returned and dreams dashed when the building’s developer, Castlepoint Numa, cited lengthy delays obtaining the necessary approvals, building permits and financing, as reasons for the halt.

“If I had the knowledge I have now, then, I definitely would have researched Castlepoint further,” said Mr. Paris, who subsequently found out that the developer did the same thing to other hopeful Toronto condo buyers a few years ago when another one its projects fell through.

While Castlepoint Numa said it’s giving original Museum FLTS buyers the first opportunity and a discount on the next residential phase of its greater Lower Junction neighbourhood project, Mr. Paris points out that some buyers have been burned twice in a row by the same developer.