REALTORS BEWARE:   A man, Mordecai Berlad, has been charged with luring, confining, and sexually assaulting women, including a realtor. He has now been convicted.  His name(s):   MORDECAI BERLAD and also is known as MOTI BERLAD and MOTI BERLAND and MOTI BERALD   He has now scrubbed all his social media accounts. He lived/lives […]

It’s not as bad as the media indicates.  No, the sky is not falling.  We expected an incredible spring market due to lack of inventory last year, especially as the year wound down.  Multiple offers (some even had over 70 offers!) all over the GTA pushed prices into the stratosphere.  Inventory has picked up (somewhat […]

Bank of Canada prepares for a long fightagainst inflation Canada is on the cusp of a series of rapid interest-rate hikes, with the central bank poised to start raising the cost of borrowing as early as next week, beginning a sustained push to bring high inflation back under control. After nearly two years of extraordinarily […]

It was a record year for the number of sales in the Greater Toronto Area.   In spite of COVID interrupting the real estate market, it was not as bad as most feared. But now inventory is at an all-time low.  Toronto has only 1,604 listings in the residential market under $2M asking price.  The condo […]

Open bidding is not the answer

Most experts think the solution to Canada’s runaway house pricing is to have open bidding. It’s not! Michael Moffatt of the Smart Prosperity Institute:WOULD A BAN ON BLIND BIDDING SLOW THE GROWTH IN CANADIAN REAL ESTATE PRICES? Key Points From This Report During the election campaign, the Liberal Party ran on a promise to include […]

The perils of living in super high rise condo buildings The nearly 1,400-foot tower at 432 Park Avenue, briefly the tallest residential building in the world, was the pinnacle of New York’s luxury condo boom half a decade ago, fueled largely by foreign buyers seeking discretion and big returns. Six years later, residents of the […] 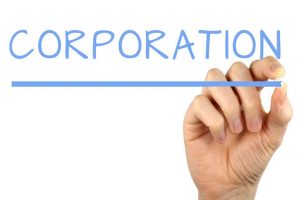 Matthew Wilson, LLB, CS From time to time a purchaser will want to purchase real estate before the corporation that will own the real estate is incorporated. The agreement of purchase and sale might be entered into by an individual “in trust for a corporation to be incorporated without any personal liability”. Does this change what […]

A flood in Fort McMurray this past spring costing $100 million in damages. A June hailstorm in Calgary, now ranking as the fourth largest claim in Canadian history at $1.2 billion. These are just two examples of recent catastrophic losses impacting insuranceacross the country and contributing to a hard market, where premiums are increasing andcapacity […]

CRA cracking down on PRE abuse

CRA cracking down on abuse of principal residence exemptions, but their assessments aren’t written in stone Jamie Golombek: If it’s determined that you’re regularly buying and selling homes, you can be denied the PRE There are very few things that are tax-free: investment income in your TFSA, lottery and casino winnings, purchasing six or more […]

If you bought a house before coronavirus hit…

If you bought a house before the coronavirus crisis hit, don’t expect force majeure to save you FINANCIAL POST  MARCH 28, 2020 Real estate transactions, even at the best of times, are complicated and stressful for buyers and sellers. For the thousands of people who made or received firm offers before the coronavirus outbreak changed everything […]

Globe & Mail March 11 2020 Every financial market you can think of is in an uproar right now, but not Toronto real estate. Sales of houses and condos for the first week of March were up 47 per cent over the same period last year and average prices rose 18 per cent, said John Pasalis, […]