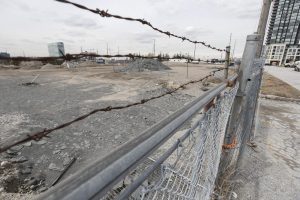 Buyers of Liberty Developments’ cancelled Cosmos condos have lost their application to have their purchase agreements on the pre-construction units declared unlawful by an Ontario Superior Court of Justice.

In his ruling, Justice Michael Penny sided with the developers but found that voiding the contract would not be in the purchasers’ or the developers’ best interest.